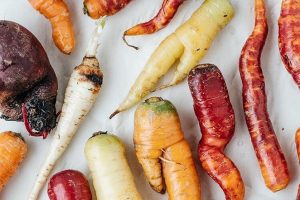 Today I am beginning a several post series looking at bodies, especially fat bodies, and psychotherapy.

You might very well ask what this image — used by the company, Misfit Market which describes itself “Misfits Market delivers ugly, but otherwise perfectly edible fruits and vegetables”. I have frequently seen this image online for several months now. It struck me that even fruits and vegetables are expected to conform to some standard of beauty in order to be acceptable, even though appearance has little or nothing to do with their actual nutritional value. And that sounds so very familiar.

Take a look at this from John Berger’s book, Ways of Seeing:

“A woman must continually watch herself.  She is almost continually accompanied by her own image of herself.  Whilst she is walking across a room or whilst she is weeping at the death of her father, she can scarcely avoid envisaging herself walking or weeping. From earliest childhood she has been taught and persuaded to survey herself continually. And so she comes to consider the surveyor and the surveyed within her as the two constituent yet always distinct elements of her identity as a woman. She has to survey everything she is and everything she does because how she appears to men, is of crucial importance for what is normally thought of as the success of her life. Her own sense of being in herself is supplanted by a sense of being appreciated as herself by another….

One might simplify this by saying: men act and women appear. Men look at women. Women watch themselves being looked at. This determines not only most relations between men and women but also the relation of women to themselves. The surveyor of woman in herself is male: the surveyed female. Thus she turns herself into an object — and most particularly an object of vision: a sight.”

When we women don’t rise to the standard of beauty expected of us, we become as misfit people, not marketable nor desirable. And we must survey ourselves constantly to assure ourselves that we acceptable. And when we don’t measure up, when we fall outside that conventional range of attractiveness, then like the misfit produce, in a way we become freaks.

Irvin Yalom is much loved by many therapists. Yet in his book, Love’s Executioner, he too reveals an all too common view of fat women as akin to misfit produce.

“I have always been repelled by fat women. I find them disgusting: their absurd sidewise waddle, their absence of body contour‚ breasts, laps, buttocks, shoulders, jawlines, cheekbones, everything, everything I like to see in a woman, obscured in an avalanche of flesh. And I hate their clothes‚ the shapeless, baggy dresses or, worse, the stiff elephantine blue jeans with the barrel thighs. How dare they impose that body on the rest of us?”

To his credit, Yalom acknowledges that this is an instance of countertransference, and that is good. But in the many comments that refer to this essay, I have not seen anyone be critical of the attitude he expresses nor what effect it had on his patient. Because though he did not voice his feelings, they were there in the room and no doubt she felt them, especially as they aligned with what she and any of us who do not fall within the range deemed attractive experience every day.

What is this issue with the body about? Let’s look at the body as shadow.

“We do not like to look at the shadow-side of ourselves; therefore there are many people in civilized society who have lost their shadow altogether, have lost the third dimension, and with it they have usually lost the body. The body is a most doubtful friend because it produces things we do not like: there are too many things about the personification of this shadow of the ego. Sometimes it forms the skeleton in the cupboard, and everybody naturally wants to get rid of such a thing.”

Jung sees body as shadow, avoided because it inevitably brings into the room those aspects of life we most wish to avoid — death, aging, desire, greed, excess. Certainly the female body, and especially the fat female body carries this shadow and inevitably activates in both patient and therapist all of the anxieties attendant upon these shut off aspects of life.

One more look at this trap of attractiveness from a Jungian analyst, Polly Young-Eisendrath:

“From the Pandora story we can see that identifying with this “power”[of beauty] is a double bind – you’re damned if you do and damned if you don’t. If you identify with the image of female beauty, you put yourself into the Pandora box: beautiful but empty. Increasingly as a woman ages, she finds that identification with a beautiful appearance is a losing game. She will lose the game through aging when she no longer looks like Pandora, a “maiden” – youthful, slender, lovely. To identify with a beautiful appearance and to pursue that power leads to depreciation of her other strengths and ultimately to depression about falling short of standards. To disidentify with the power of appearance (and “let herself go”) usually leads to feeling like an outsider, feelings of low self-confidence, and fears of failing to find a heterosexual partner or to be the object of a certain kind of male regard.”

Damned if we do and damned if we don’t, where do we go from here? That’s for the next in this series, where we will look at the story of Sir Gawain and Lady Ragnell. Look for it on Wednesday. 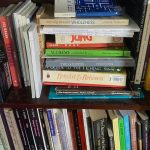 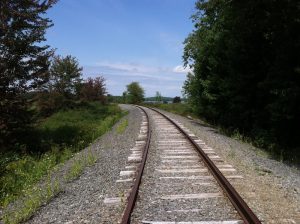 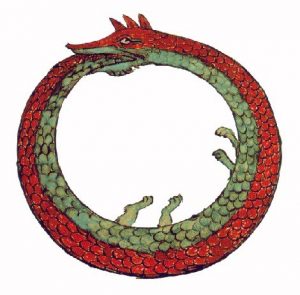 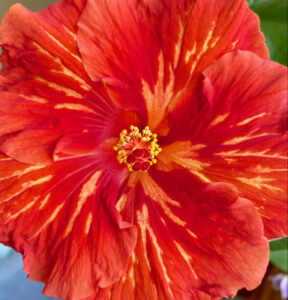