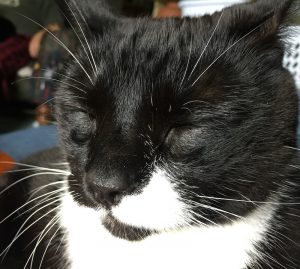 “A writer is someone who spends years patiently trying to discover the second being inside him, and the world that makes him who he is. When I speak of writing, the image that comes first to my mind is not a novel, a poem, or a literary tradition; it is the person who shuts himself up in a room, sits down at a table, and, alone, turns inward. Amid his shadows, he builds a new world with words….To write is to transform that inward gaze into words, to study the worlds into which we pass when we retire into ourselves, and to do so with patience, obstinacy, and joy.” Orfan Pamuk

I ran across this lovely quote about writing some time ago. While I write — here, in my journal, and in fits and starts on various pieces I hope someday to publish, I struggle to think of myself as a writer. A few years ago, an editor friend of mine told me that the difference between a writer and a person who writes is that the writer works on what she writes, revising and editing and struggling to find the right words to say what she sees or feels. A person who writes — well, that person just writes. For the longest time, I rarely wrote more than one draft of anything and the thought of revising came only when someone else told me I needed to do so. But I took those words of my friend seriously and began to think of what I write as worthy of more attention and energy from me. Of course, now I must learn when to stop and allow what I have to just be as it is, even though it is not exactly what I hoped. Baby steps.

Anyway, recently when I read that quote again, I thought of writing and my own journey as a writer, but I thought also of the process in analysis and therapy. Because it seems to me that he describes that process also. In analysis, the gaze also goes inward and the effort is to transform the images and feelings and memories into words which eventually transform experience and, by opening new possibilities, make change. And we do this work with “patience, obstinacy, and joy” — though the joy sometimes comes late to the experience. 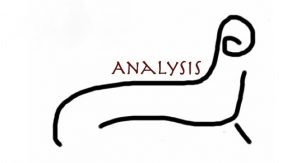 “The relation between doctor and patient remains a personal one within the impersonal framework of professional treatment. By no device can the treatment be anything but the product of mutual influence, in which the whole being of the doctor as well as that of his patient plays its part… Hence the personalities of doctor and patient are often infinitely more important for the outcome of the treatment than what the doctor says and thinks.”  C.G.Jung CW 16

We ultimately behave with a therapist the way we do with most important people in our lives, with the same kinds of assumptions about the therapist and about ourselves. And we do so unquestioningly. Every week at least one patient tells me she “knows” what I think or feel, which she almost certainly does with others as well.

It is true that it is difficult for the therapist to respond to feelings and issues that the patient does not talk about. All rumors to the contrary, we are not mind readers! This underlies the basic therapeutic dictum that the patient should say whatever comes to mind.

Now of course, this is difficult for most of us, conditioned as we are by social norms, by rules we have learned from our parents. Remember Thumper in Bambi.”If you can’t say something nice, don’t say anything at all”? Most of us operate on some version of that in our relationships and avoid saying things to another person that we think might make them uncomfortable or angry with us. But therapy is a place where Thumper’s Rule needs to be suspended. So, if you don’t tell the therapist you don’t feel cared about, there isn’t much the therapist can do to help you with that. Similarly if you are angry with the therapist, have sexual feelings toward him or her, or any of the myriad of other feelings and thoughts about the therapist you might have. It all belongs in therapy. Putting those feelings into words is a key  part of what therapy is about, after all, because that opens the doorway to understanding where they come from and how to deal with them in ways that are helpful rather than destructive in life.

There is no magic in therapy. We meet. The patient talks. I listen and reflect what I see. Rinse and repeat. 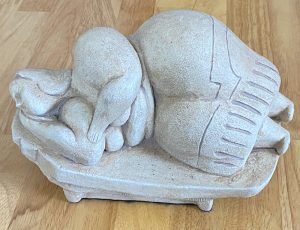 But who, if it comes to that, has fully realized that history is not contained in thick books but lives in our very blood? So long as a woman lives the life of the past she can never come into conflict with history. But no sooner does she begin to deviate, however slightly, from a cultural trend that has dominated the past than she encounters the full weight of historical inertia, and this unexpected shock may injure her, perhaps fatally. C.G. Jung1

There is a lot that Jung wrote about women that we might disagree with —I know I do. But I think he hits something important here. Think about what has happened to women who deviated from the course of things and choose to run for President. All have encountered exactly what Jung says above: But no sooner does she begin to deviate, however slightly, from a cultural trend that has dominated the past than she encounters the full weight of historical inertia.

Deviating from the cultural norm gets one tagged as pathological. In the West it is no longer the case that a woman is expected to eschew ambition and stay at home raising children and caring for the home. Though a considerable portion of people in the US still subscribe to the notion that a woman’s place is in the house, but not the House, it cannot be denied that our horizons are wider than they once were, wider even than when I was a young woman. But it is still expected that a woman conform to the image of ideal femininity, that is be slender and visually appealing, mostly to men.

Few of us realize that we do not see unmodified images of people, especially of women, in magazines, film, or television.  The images of those we see as ideals, as possessing the looks we should aspire to are not real. We do not see those woman as we would see them were we to encounter them in the supermarket or on the street.

…it is the photographic image— both the moving image on TV and film and the still photograph— that has created the new visual grammar. Its effects should not be underestimated. They are changing the way we relate to our bodies. John Berger’s prescient statement that (bourgeois) women watch themselves being looked at has been transmuted into women assuming the gaze of the observer, looking at themselves from the outside and finding that they continually fail to meet the expectations our pervasive and persuasive visual culture demands.2

We are bombarded with altered images, thousands per week — images that convey an idea of a body which does not exist in the real world.  Cosmetic surgery as a means to attain this non-existent ideal has flourished in this environment. Cosmetic surgery as a consumer option is becoming normalized. In some communities women casually discuss, even compete over the procedures they will have. To not get one’s eyelids “done” or have Botox injections to smooth wrinkles, to not alter themselves is taken as a sign of self-neglect.

The surgeon, both authoritative and solicitous, becomes the arbiter on female beauty. As he acknowledges the pain his patients feel, he demonstrates how he can change different aspects of their body for them, enabling them to reach the beauty standard he has himself set. In his engagement with them, he gives them the body they could never imagine they would have. He is confident and persuasive. He responds to their wish with gravity but also as though they were choosing their dream holiday.2

The beauty industry and the diet industry reap profits in the billions of dollars each year as women pursue the hopeless quest of achieving the perfection of the images placed in front of us thousands of time each week, of sleek flawless bodies which seem never to age. It is also worth noting that 90% of cosmetic surgeons, the “arbiter[s] on female beauty”, are male and 90% of patients seeking such surgery are female.

What does it mean when a person says she is in the wrong body?  We hear this most in an indirect way when any of the legions of women unhappy with their weight go on diet after diet in a largely fruitless quest to release the thin woman they believe lives inside them, a thin woman trapped in the wrong body. What does that mean? The effort to find “the right body” leads to all manner of surgical solutions, ranging from the cosmetic procedures to removal of most of the stomach in order to lose weight. In other words, the quest for the right body easily leads to mutilation of the existing body. Though little noted, bariatric surgery has an unexpected consequence of significantly elevated risk of suicide post-operatively. Among patients who have undergone bariatric surgery, the suicide rate is 6-7 times higher for people who have had the surgery than those who did not.3 Suicide risk in this group, people desperate to obtain and inhabit “the right body”, suggests that in at least a significant percentage of them, the body itself is not the problem. But in a society that finds efforts to pursue perfection through surgery acceptable if not admirable, there is little critical examination of what taking that pursuit to such dramatic lengths means nor of the inherent danger of the entire notion of the perfect body.

…the very problems the style industries diagnose are the same ones the beauty industry purports to fix. They are handmaidens in the process of deconstructing and reconstructing our bodies. And the purported fixes are offered as solutions which we can’t help but wish to take advantage of. The solutions entice us. We do not see ourselves as victims of an industry bent on exploiting us. In fact we are excited to engage with and reframe the problem: there is something wrong with me that with effort exercise, cash and vigilance— I can repair. I can make my offending body part( s) right.1

The image above is a reproduction of a sculpture found in an alcove in an underground temple on the Island of Malta, dating back approximately 6,000 years ago.