Paul is putting the couch back together. He finds Wendy’s bra on the floor.

What she told you was hard to hear — Adele seems to be referring to what Rosie told Paul about Max’s relationship with Steve. Paul seems to feel betrayed by Max. Adele asks if he has spoken to Max but he says they haven’t talked about much at all. He hasn’t felt like talking to Max after what he heard from Rosie. He sees from last week that he was getting his son to worry about him so Max can’t tell him about Steve because he doesn’t want to hurt Paul. Paul wonders if Max would be better with Kate and Steve, though that is  hard for him. He sees life with him as dreary and lifeless. He wishes Rosie hadn’t told him about the relationship between Steve and Max.

He says everyone he knows has some kind of passion but he doesn’t. He says he tries to pretend he does.  Wendy stopped by at lunch because she knows he has time then and they haven’t had sex for a while. She wanted to have sex on the couch in his office and so they did. But he says he was distracted, thinking about other things. Adele asks what? He becomes evasive. He says he has a boat in his office and he stared at it after he and Wendy finished. He says he used to have about 26 of them. She asks if he likes to sail but he says he has never been. He used to love those models and he and Max used to love to go looking for them in antique stores. Adele asks why only one left — Paul says Max lost interest and when he moved, he left them behind. He sees the one left over patients’ shoulders. But everyone of them has a real passion. She asks if he sees all of his patients have something he does not. He says yes. He cites Frances and Jesse and Kate and Gina. And he says she, Adele does also. He says isn’t this, what you do a passion? He says she seems engaged in her cool detachment. She says yes, her work is important to her. How did he arrive at that impression, she asks. He says he was online and started to search on Parkinson’s and then searched for her. And found a list of things she has written and done. What did that mean to him, she asks. He says he last wrote in 1998. Why did he stop, she asks. He asks about her name — is it Dutch? She says her mother’s father was from Holland — he says he doesn’t believe it, she answered his question. She asks again why he stopped. He says he no longer shares that professional passion. She says he means the way he thinks she is. He says he used to publish when he was her age, he used to think he could save people.

He tells her that with Sunil he had a flash of that Monday. He says they were talking over tea — she asks about the tea and Paul defends the tea as helping Suil feel more at home, feel better.  He calls her on her questioning of his work as silent supervision. He wondered why Sunil couldn’t have the passion he felt when he was young again. She observes the session had a powerful effect on him. She asks if Paul ever felt that kind of romantic passion that Sunil felt. He says with Kate, when he fell in love with her.  Even with Wendy at the beginning. He sees a pattern, that he seeks out people with a passion for life and then feeds off them. He allowed Wendy and Kate do his feeling for him. He holds himself back.

Adele observes that when he talked about Sunil he became engaged, he came alive then he stopped himself. She asks if he does that often, holds himself back. When he first told her about the dream, she asked if he stopped himself and he became angry. Then he says it was the school — the fence was around the boarding school he went to. He was not there long, just a term and a half. His parents were fighting and they sent him away to boarding school. She wonders if he was unhappy there and he says not at all. He felt torn away from school by his father when they went to America. Adele asks what was so nice about the school. He says it was filled with activity — clubs, teams, all kinds of things. She asks if he did any of those things. He says he was going to. He says the point is that he was happy there. She says in the dream he was running outside the gates and was feeling excitement. She says he didn’t join those things — he says he didn’t have time. She says he could have but he insists his father took him away from there. And then in the States his mother became ill and he had to take care of her. She reflects that like Sunil he felt alienated in his new country. He watched the kids in his new school intently trying to learn about them because he wanted to fit in. She says he stayed on the edge there too. He says he didn’t have a chance to join. How long before his father left, she asks. He says a year and a half. He says before that he was expected to stay home with his mother.  He says it was a terrible blow when his mother became ill and his father left. She asks if it was really.

Adele says he insisted the first day that he and Gina had it all figured out. She says yes, it was miserable taking care of his mother but it also kept him from having to risk outside. She points out that he keeps himself in his apartment and office. She says he has to move past the stories in his life at some point, look at himself again and look for real answers. He shakes his head. You are so young and yet so confident, he says. That she thinks she  sees him clearly. She says she would like to see him clearly but he is expert at obscuring the view. He says he told her he was distracted with Wendy. He says yes, he does hold himself back. He says he was thinking about her, about Adele. He hears her voice a lot. He admires her clarity, that she sees him. He noticed she does not wear a wedding ring and imagines she might understand his life and his loneliness. Then he dismisses his feelings as textbook transference. She says she is glad he told her. He says she looks shocked. She says he is holding himself back again, calling his feelings ridiculous. Between now and next session he may want to think about why he does that, hold himself back from his feelings and that this will be a good place to start then. She shows him the door, says they will talk next week and she wishes him a good weekend.

Adele is very good with Paul and we see she is gradually gaining his trust and confidence as each week he is less hostile toward her. In fact this week, all of the patients, Paul included, have been less hostile and have softened and allowed themselves to be vulnerable. We do not know if Paul saw anyone other than Gina before this. If so, this may be his first real therapeutic relationship, that is one without myriad boundary issues and dual relationships. And as he allows himself to experience it, allows himself to sink into this kind of care, he forms an attachment to Adele. She occupies his thoughts and he believes she really sees and understands him. This kind of positive transference is of great value in establishing a solid therapeutic relationship, though we can of course expect more storminess in the weeks ahead.

Adele is very good at not getting ruffled or defensive when Paul tries to get a rise from her, as when he said she was silently supervising him when she gave the slight indication of disapproving of him serving tea to Sunil. Or when he reveals he did an online search on her. Or when he makes one of his frequent mentions of her age and relative lack of experience. She does as we hope any of us would do and not take any of it personally, though that is sometimes easier said than done. In general her technique, her frame is more formal than is Paul’s. Paul needs this tighter frame, this kind of secure hold in order to relax enough to do the work he needs to do. It will be interesting to see what he does with the suggestion that he consider why he holds his feelings back.

Oh, and apparently Paul was sniffing the bottles of herbs in the previous episode because he believes he is losing his sense of smell which is another potential symptom of Parkinson’s. 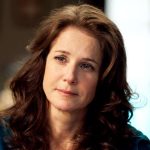 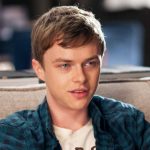 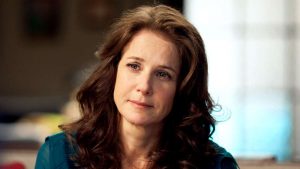 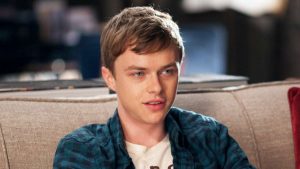